I was in the mood for some Mexican flavors. Being the cheap person that I am, I purchased the Ground 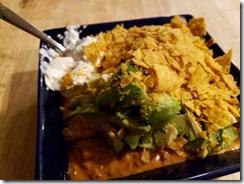 The ingredients are similar to my post on August 3, 2019. However, it seems like this was a lot easier to cook. Less ingredients and less steps = Less Work!

I haven’t had Rotel in quite some time. And this was so good; I could not stop eating it. I hope that you will give this cooking method or cooking suggestions a try. Enjoy!

Check out the sample and get your copy here:  Audible.com The Vampire Dancer Saga Part 4 Audiobook

The Vampire Dancer Saga Parts 1, 2, 3 and 4 are all Audiobooks now available at  Audible.com and iTunes (click the word Audible or iTunes to open link to store). 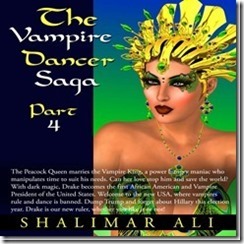 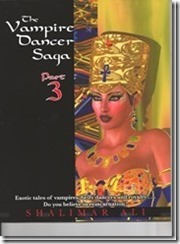 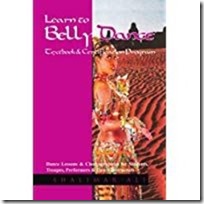 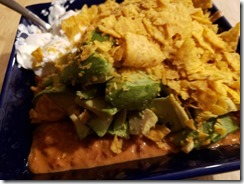 Leana LOVED using Granny Smith’s Glamour potion. Sometimes she would glamour her 6 kids into their adult age of 21 to go to the corner Liquor Store to buy beer and wine when Aunt Ethel was too drunk to go. And there was the time that she glamoured Aunt Ethel to look like her estranged husband, Dolf, when she applied for a mortgage loan at the bank. In fact, the glamour worked so well, that Leana got her new house in the Mockingbird Estates for only $30,000 instead of $60,000. Dolf’s brother, Nook and his wife Dot, had already purchased a house in the exclusive Mockingbird division. They would always brag that their $60,000 house was the best in the neighborhood.

Well, it was the best, until some strange neighbors moved across the street from Leana. The new neighbors, Hermes, Lila, Marla, Edward, and Grandpa Jacob, relocated from New Orleans, LA. Even though they were white, they were not prejudiced at all. Not one bit. In fact, Jacob instantly fell in love with Aunt Ethel and often came over to court her.

Granny’s Glamour potion could do many things, but it could not keep a man from straying. Dolf Sr. took up with the town slut, Louella and left Leana high and dry with 6 kids to take care of. Leana was not worried about Dolf not being around. She had a lot of support from her two sisters Fatiene and Stine. They had many parties together at Leana’s new house in the Mockingbird Estate. Everyone in the family loved

music and dancing. Stine would play songs by The Supremes and The Temptations. Fatiene would teach the kids the latest dances like the Twist, Bugaloo, Monkey, Swim, Pony, Dog, Mashed Potato, Watusi, Frug, Locomotion and Hitchhike. They often invited Hermes and his family to attend the shindigs as well as Nook and his family. Leana loved playing music on her new Reel to Reel player and played songs from Chubby Checkers, The Four Tops and Smokey Robinson and the Miracles.

Edward attended the same school as Dolf Jr. and Sherry, Fraction Elementary. Most of the kids thought Edward was a weird freak. They laughed at his strange clothes and widow’s peak hairstyle. Dolf and Sherry did not care what the other kids thought about Edward, as they accepted him as their friend on Team Edward. Edward

hung out with the rest of the kids in the family, cousins Jet, Nikka and Kief. In fact, it was Edward’s idea to have the family members form a singing group, The Puzzle People. The group consisted of Dolf, Sherry, Jet, Nikka and Gia. Sherry did the choreography for the group. And Dolf and Jet would often fight about who would be the lead singer on certain songs. The fights continued even into the early 1970s when they sang, “Just My Imagination” at a local contest.

Even though Leana got along great with her new neighbors, the rest of the country was in turmoil. There was a

lot of racial tension back in those days. There was a curfew during the riots, so police urged residents in the Mockingbird division to stay home after 9:00 PM.

It was 9:05 PM and Dolf Sr. was running late to come over to visit his kids. The Police noticed that he was a black man and began following his car down the street. Dolf had every intention of arriving at Leana’s house by 8:30 PM that day, but he happened to have Louella in the car and she took so long trying on a sleazy red mini dress and go-go boots that Dolf was running late to visit the kids.

Dolf saw the Police following him and ran up to Leana door. When Leana opened the door, she noticed that Louella was with him. Leana screamed, “How dare you bring this skank ho to my home, in front of my children?” Dolf he said he had no choice as the

Police were on his case. The Police came to the door to ask if anyone was out past the curfew and Leana used the Glamour potion to turn them into 2 Pigs. The Pigs ran down the street and Aunt Ethel complained that they should have caught the pigs and used them for bacon and ham.

Aunt Ethel was real country, just like Granny Clampett on the Beverly Hillbillies TV Show. Ethel did not mind sending Lance and Regent on the roof to catch pigeons to cook for dinner. She would also catch rabbits to make rabbit stew. Grandpa Jacob gave the kids a baby chick as a gift. The chick was a beloved family pet and the kids took good care of it as it grew into a chicken.

One day after school, Ethel was preparing dinner. The kids were hungry and asked what was for dinner. Aunt Ethel said it was a big surprise. The kids were seated at the dinner table when she brought out a dinner platter covered with a silver lid. Yum, yum, that dinner sure did smell delicious. The side dishes included Macaroni and Cheese, using the government cheese loaf that would later resemble Velveeta Cheese. There was Collard Greens and Cornbread on the table already. Aunt Ethel opened the lid on the dinner platter and the kids began screaming. It was Fried Chicken on the platter. No wonder the pet chicken was missing; Aunt Ethel de-feathered, chopped and fried it! 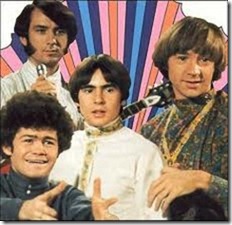 Back in Jackson, Mississippi, Caroline was getting her girls ready to do battle with her arch-nemesis, Granny Smith. Caroline also did spells and wanted to make sure her daughters had special powers like telepathy, telekinesis and premonitions. Cynthia was already using her powers of premonition to see past and future events. After seeing 4 frightening predictions, Cynthia wanted to give the following warnings: 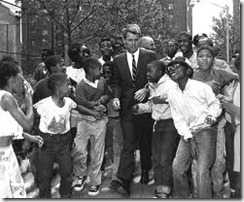 What was your favorite song, singing group, dance or dancer from the 1960s?