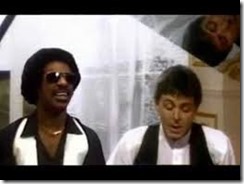 Stardate 3017, there was a disruption on the transporter. Then suddenly Captain Sooloo appeared. He was disheveled and wearing an orange prison outfit. Captain Jane Way asked him what happened and how did he disrupt time to appear on her starship. 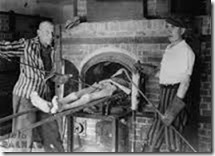 Captain Jane said that sounds horrible. What planet did this happen on? Sooloo explained that people from the planet Europa invaded a new planet and named it Amerikkka. They called themselves the Ivory people because they had fair skin.

When they arrived in Amerikkka, they met native people with reddish/brown skin, name Yindians. First they tried to make the

Yindians chop trees and build homes, but the Yindians refused to be their slaves, so they killed 90% of them. The rest escaped. Jane said, that does not make sense. Why didn’t they do their own work? Sooloo said, who knows, maybe they are lazy.

Sooloo said that other planets wanted to explore new worlds, so Amerikkka had a diverse population, even though it was ruled by the Ivories. The Ivory people were very snobbish and marked their pubs and restrooms for Ivory-only. They felt they were superior because of their fair skin. The other races thought it was extremely ignorant to base intelligence and superiority on pigmentation. Everyone knew that melanin caused skin pigmentation and it had nothing to do with being inferior or superior.

So they nicknamed the Ivories Gorb, for dummies.

A distress call came in from Malcolm, the ruler of planet Ebony. He asked Captain Jane Way for help. The Gorb had invaded their planet and kidnapped 500 of their men, women and children so they chop wood, build houses and pick cotton. Malcolm had proof of the Ivories lynching the Ebony men and raping the Ebony women and girls. We tried to stop them, but we were outnumbered 10 to 1. Also our spears were no match for their guns. This has to stop before all of my people are assimilated!

Captain Jane could not believe such horrors existed so she decided to visit Planet Ivory to see for herself. She decided to take Nine of Seven with her, since she was born on the planet Europa.

Check out the sample and get your copy here:  Audible.com The Vampire Dancer Saga Part 4 Audiobook

The Vampire Dancer Saga Parts 1, 2, 3 and 4 are all Audiobooks now available at  Audible.com and iTunes (click the word Audible or iTunes to open link to store). 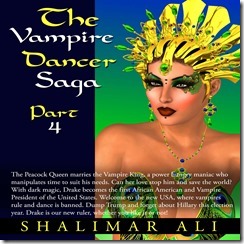