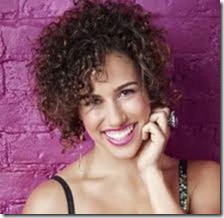 I take back my casting choice for The Vampire Dancing Saga, Chapter 4, Dancing with Flair at the Fair, the 1930s! A new dancer has arrived on the scene from the last episode of So You Think You Can Dance: ELIANA GIRARD!

Eliana is one of the best dancers on reality TV dance shows in many a moon. I predict so much future success for this very talented dancer. One day she will be in movies just like Julianne Hough, or my favorite dancer of all time: ELEANOR POWELL!

I have been rooting for Eliana since SYTYCD Season 9 started in May of this year.

She was the ABSOLUTE BEST DANCER from last Wednesday’s show. Even Nigel admitted that she was his favorite girl and that was her night. Indeed. 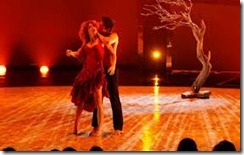 opening number for the August 22nd show was SPECTACULAR! That was my all time favorite choreography by Tice! His best work, in my humble opinion. His group dance: “The Cool World Stomp” should win an EMMY award! Did you notice that Eliana was the lead dancer in that number?

I had previously mentioned casting:

Now that I have watched Eliana Girard on the August 22nd episode of SYTYCD, I change my casting choices to: 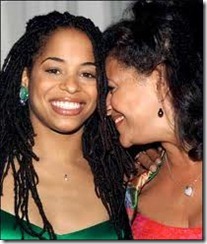 Vivian Nixon is the SPITTING image, MINI-ME of her famous mom, Debbie Allen, so wouldn’t it make more sense to cast her as Triple T Debs? Maybe not? That would probably freak Vivian out to play her mom and Debbie out to have her daughter playing her.

Here is out next script for Chapter 1, part 1: Dancing Makes You Buff! Another great job by the scriptwriter. It’s great to have a different set of eyes look at your book. I would have never thought to split up the dialogue among the judges. But hey, that’s what scriptwriters are for. To make it make sense as a TV episode or movie scene.

The setting is a large athletic competition. In the stands, the crowd is filled with interesting looking characters: people with cloaks, clothing from various eras of history, hair styles of every shape, size, color and description. The host, BOM TERGERON steps to a podium in a central location on the playing field. As he steps up, the cheering fans quiet. 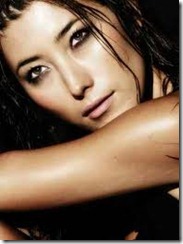 KAR ANNA, BLEN, RUNO, LIGEL NITCHGOW, MURPH MARE and TRIPLE T DEBS all take their places at the judges table. Each seat has a name plate, microphone and clipboard.

It is time to explain the rules for this very special, year 3000, Vampire Olympics. As you know, the Vampire Olympics occur every ten years. This year’s competition will include the following events:

Category A: Vampire defense which includes defending oneself against wooden stakes, silver, garlic and decapitation.

Category B: Best Power which will include witchcraft, potions, spells, premonitions and Voodoo. 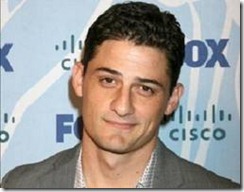 The four teams who earn the highest scores will be moving on to the semi-finals. Part two of our competition is World Transformations. Each team will be required to go back in time and alter certain events from the way they happened.

The remaining three teams will go on to compete for the winner of the 3000 Vampire Olympics. Part three will also be World Transformations, but it will be returning the previously changed events from part two to the way they originally occurred.

Third place winners will receive a wooden mini-coffin filled with vials of A, B, AB and O blood.

Second place winners will receive purple rhinestone mini-coffins with a built in television.

First place winners will receive a tricked-out black coffin with special vampire sensitive lighting, with a built in entertainment system, laptop pc, kitchenette completely stocked with vials of blood to suit every

preference, full bathroom—and what luxury coffin would be complete without a Voodoo doll head with special powers?

Winners from our last competition, the Collins Family, are on hand and have picked this year’s location.

LaBelle, would you please tell our contestants what time and destination they will be traveling to.

We see LA BELLE step to a microphone situated in the stadium box. 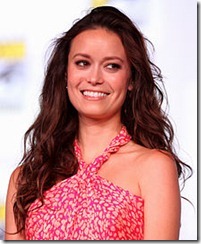 I’d love to. Our contestants will be traveling back to the year 1900 to exercise their skills in St. Louis. Each team will have one hour for each of the competitions in part one with ten minutes to prepare.

Each team will first have ten minutes to use their best power to shift them to the time and place of the event. Once there, they must glamour the location so that ordinary citizens are not able to view judges or audience members from the future.

After all judges and audience members have teleported, then each team can start the first competition: Vampire Defense.

Thank you, LaBelle. Triple T would you explain what will take place once the competition begins?

LA BELLE has appeared next to the stage where the podium and the judges’ table sit. With her are MEDDLING GRANNY, PRUNES, PIPPA, FEEBLE and PAGEANT.

Thank you Triple T. Now it should be explicitly understood that no cheating of any kind will be tolerated at this competition. And to ensure that the rules are adhered to, we have a special enforcement team of super witches to oversee this competition. LaBelle, would you like to introduce the Charming Ladies?

The ladies step up to the platform and LaBelle takes the mic.

I certainly would, Bom. May I present the Special Witch Police for the 3000 Vampire Olympics: Meddling Granny, Prunes, Pippa, Feeble, and Pageant! Aren’t they charming?

Ladies and Gentlemen, please standby for the lighting of our Olympic Flame.

A torch is passed from team to team. The last team hands the torch on to BOM who lights the cauldron. The crowd goes wild. 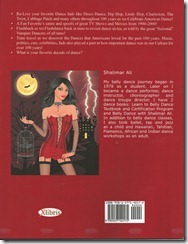 Now let’s meeting our contestants! Please give a warm welcome to each of our teams!

First up is the Mutant Weirdos!

Now is your time to Join in! Comments, complaints, criticisms and casting choices are welcome!

Who would you cast to play Elly Powers, Triple T Debs and Alyce?

Who would make a better Elly Powers – Eliana Girard or Vivian Nixon? 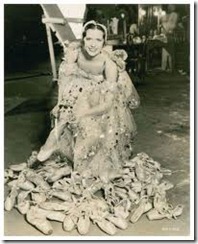 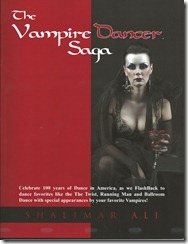